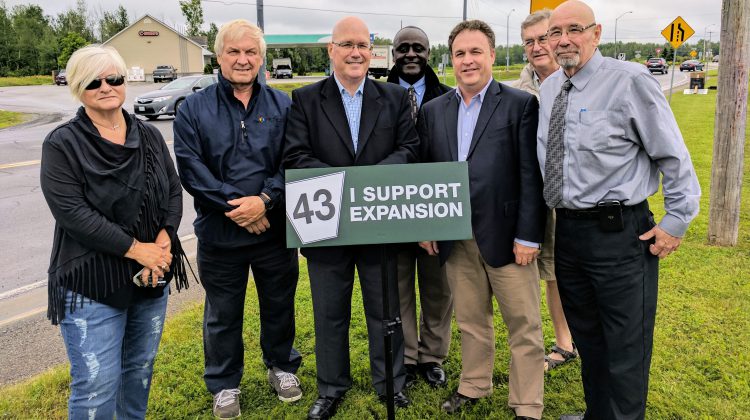 A petition has been launched by MPP Steve Clark, MP Gord Brown and North Grenville Mayor David Gordon to get funding to widen County Road 43 to four lanes within Kemptville.

Clark says the project, which is identified as the top infrastructure priority for North Grenville and the United Counties of Leeds and Grenville, has been waiting for federal and provincial funding for more than five years.

Clark says they need a commitment from multiple levels of government, including the province.

Brown says the federal and provincial governments have been too focused on larger populated areas.

Gordon says the municipality is ready to start on the expansion the moment funds are available.

Gordon finished his speech by promising that the expansion to four lanes will happen.

Gordon and Clark both pointed to a study that says more than 18,500 vehicles travel the road each day.

The petition will be available in some local businesses throughout North Grenville. You can also download a copy, print it out and sign it by going to www.steveclarkmpp.com.