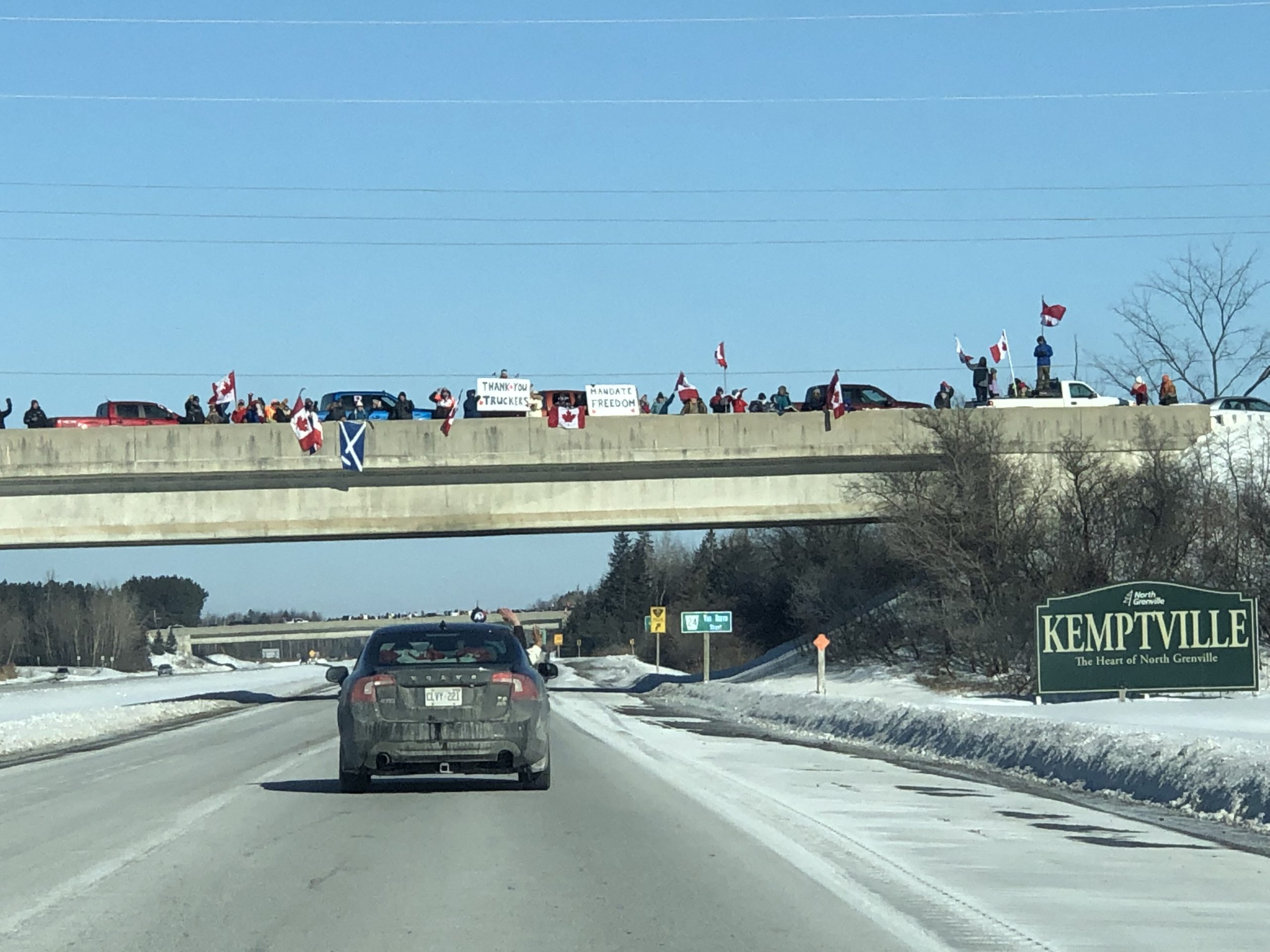 It’s Day Two of the protest on Parliament Hill and again residents of Ottawa are being told to avoid the downtown core.

Organized by truckers opposed to the vaccine mandate for cross-border drivers and other public health restrictions many involved in the Freedom Convoy say they will stay in Ottawa until their list of demands is met.

That list of demands includes; an end to vaccine mandates, no mandatory masking, and the rehiring of every person who has lost their job for not being fully vaccinated.

A Memorandum of Understanding from the group Canada Unity also sets out a plan to dissolve the federal government and replace it with a committee made up of Senators, the Governor-General, and other members appointed by Canada Unity.

On Saturday Canadian flags with swastikas drawn on them were seen, some Canadian flags were held upside down, and people were seen dancing on the Tomb of the Unknown Soldier.  That drew sharp criticism from many government officials.

Chief of Defence Staff General Wayne Eyre, said in a statement on Twitter, “I am sickened to see protesters dance on the Tomb of the Unknown Soldier and desecrate the National War Memorial. Generations of Canadians have fought and died for our rights, including free speech, but not this. Those involved should hang their heads in shame.”

Also drawing criticism was the defacing of a statue of Terry Fox.  The statue of the national icon was draped in an upside-down Canadian flag and a sign saying “mandate freedom”.

On the Freedom Convoy Go Fund Me page which has raised more than $8-million dollars, Sunday’s itinerary lists a prayer service called “Prayer for Unity” at 11:00 am led by Pastor Henry Hildebrandt on Parliament Hill.  At 1:00 pm the group will hold its first press conference.

In a statement Sunday morning Ottawa Police say large crowds remained in the downtown core throughout the night and were “actively managed by police.” The statement continues, “Officers encountered several challenges with demonstrators, including sporadic road blockages by trucks, which officers worked to clear. These high-risk situations were de-escalated and resolved with no arrests.”

Ottawa Police will have a very large police presence today, “National monuments will be protected and should be respected by all. Barricades are installed to block any vehicular access to the path in front of the National War Memorial.”