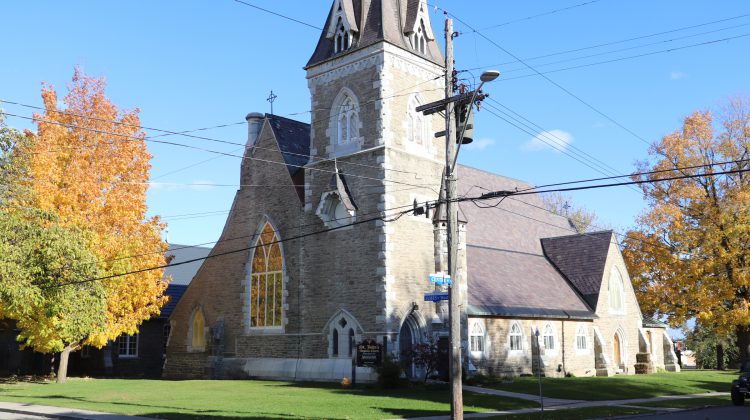 A local church has been recognized for its effort to serve Prescott by the National Trust for Canada. The organization, a charitable non-profit that works to preserve historic places, has awarded St John the Evangelist Anglican Church its 2021 Ecclesiastical Insurance Cornerstone Award for Resilient Spaces.

The award, given to a historic place that demonstrates “extraordinary resilience, significance, and benefit to a community over a sustained period of time, with a successful track record of 10 years or more” according to the National Trust website, was given to the Church after it was announced as a recipient in September.

The Church, built in 1860, has been renovated in recent years to expand its capacity and turn the building into a community centre, with additions to improve the building’s accessibility.

Friends of Saint John’s (FOSJ), a volunteer group made up of congregants, is also working to preserve the building, including relocating stained glass windows from before the renovation to somewhere still visible in the worship space. FOSJ’s current goal is to raise $1-million to repair the building’s roof and some of the interior decorations.

“We hope this recognition of our resilient space will be a jumping off point for like-minded supporters of our efforts,” says FOSJ Community Engagement Coordinator Bonita Slunder. “It is difficult to convince foundations and funders not to disqualify an important heritage building because it is a religious site.”

The Green Family Forge, a living history museum about blacksmithing in Trinity, Newfoundland, was also a recipient of this year’s award. Past winners include the Conception Bay Museum in Harbour Grace, Newfoundland and the Sharon Temple Museum in Sharon, Ontario.