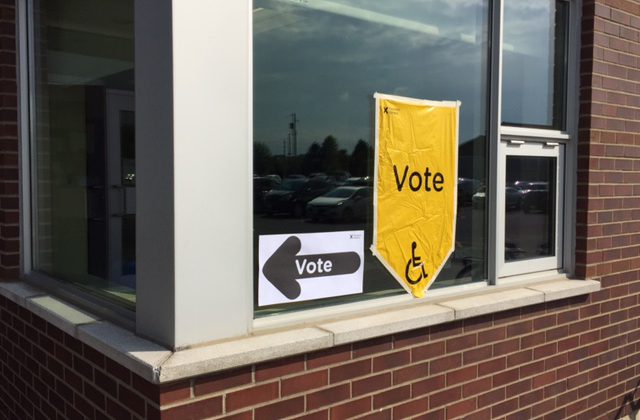 Climate change is a major talking point with voters as Election Day approaches, and the local candidates recently had a chance to speak about what their policies and goals will look like, if they’re elected.

In Tuesday night’s all-candidates virtual debate, the candidates for Leeds-Grenville-Thousand Islands and Rideau Lakes were asked whether their parties would commit to developing “a new and credible plan to halt and reverse nature loss, protect species at risk, and meet Canada’s commitment to protect at least 30% of land, freshwater and oceans by 2030.”

Incumbent Conservative candidate Michael Barrett spoke about the party’s plans at length. “We will invest an additional $3-billion between now and 2030 in natural climate solutions focused on management of forest, crop and grazing lands,” Barrett said, “and restoration of our grasslands, wetlands and forests.”

“We’ll provide incentives for agriculture and forestry sectors to protect the environment and sequester carbon by allowing for greater creation of land based offset credits. To protect our wetlands, rivers and lakes, we’re gonna restore funding for the National Wetland Conservation Fund and the Recreational Fisheries Partnership Program and support the completion of the Canadian Wetland Inventory. We’ll also provide funding for watershed protection and ways to protect wetlands on private lands. We’re gonna end the practice of dumping rocks into our lakes, rivers, and oceans and we’ll work with our international partners to keep plastic waste out of our ocean.”

The Green Party’s Lorraine Rekmans gave examples from her personal experience in her response. “I worked with the Forest Stewardship Council on the Canadian Standard for Sustainable Forest Management, and within that standard was a commitment to protect caribou habitat,” Rekmans says. “As you may know, the Caribou are at risk of extinction. They’re a very marginalized species.”

“The green party was founded on environmental considerations, and plans to protect species at risk and biodiversity, but what I would like to say about our plan is that there’s three parts to it. You often hear that you can’t protect the economy and the environment, but our plan also includes protections for society.”

Michelle Taylor of the NDP was very brief in her response. “I’m gonna give you a very rare politician quick answer. Absolutely, yes. The NDP makes that commitment and so do I.”

Lastly, Roberta Abbott referenced the Liberal Party’s platform. “The Liberal Party platform describes a real and credible process to address climate change,” Abbott said. “It contains a number of concrete initiatives toward accomplishing the goals of protecting land and freshwater and ocean habitats. We’ve committed to protecting 30 per cent of those habitats by 2030, and we’ve already protected 14 per cent of our oceans and a land mass equal to three and a half times the size of Nova Scotia.”

“We have ambitious plans to create more new national parks and marine conservation areas, in cooperation with indigenous peoples, and to create new national urban parks, as well, which is in direct response to the COVID pandemic.”