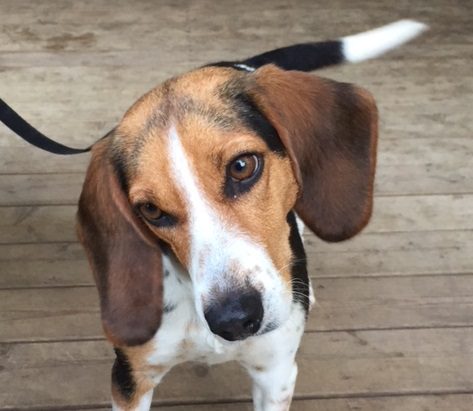 Four dogs from the U.S. are getting a new lease on life at the Leeds & Grenville Animal Centre.

The dogs are being relocated through the Ontario SPCA rehoming mission.

Manager at the Centre Marianne Carlyle says the dogs have arrived following the success of another rehoming mission three weeks ago that found homes for four other dogs that had no place to go.

“We had four dogs from North Carolina a few weeks ago, and now we have these new dogs that have come in, so we’ve got those dogs now and we’re caring for them and getting them settled,” Carlyle said.

Carlyle says there is a major dog overpopulation issue in the United States, with many of their shelters at or nearing capacity.

The issue led to animal organizations in the U.S. reaching out to the Ontario SPCA last month for help.

Carlyle says that’s why they’ve stepped up to provide a home for these animals.

“This is saving their lives,” she said. “We know there are adopters here, waiting and looking anxiously. We’ve got the ability to house those animals and get them up for adoption.”

Carlyle adds the dogs will be spayed or neutered, fully vaccinated, treated for any parasites and microchipped before they will be ready to find homes.

Anyone interested in adopting one of these animals can reach out to the Leeds & Grenville Animal Centre.