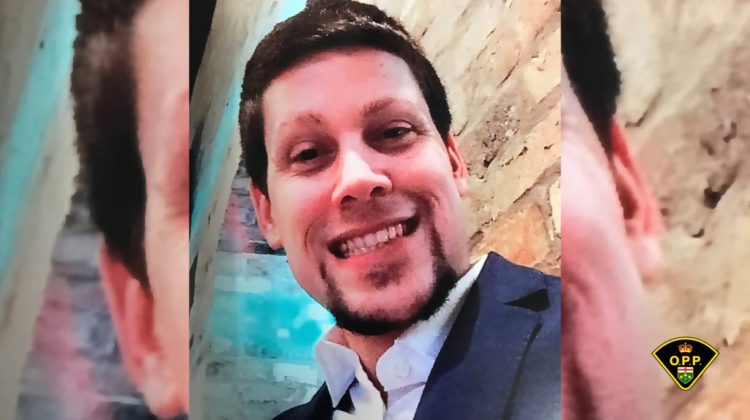 The Government of Ontario is offering a $50,000 reward for information about the suspicious disappearance of Josh Hawkins.

The OPP and Brockville Police Service are continuing their search for the 32-year-old, who’s been missing since January 28, 2018.

Acting Sergeant Annie Collins says that evening, Hawkins left the Brockville General Hospital, and was last seen in the area of Hamilton Street and the CN Rail Tracks.

“We’re looking at over three years since his disappearance, and we wanted to refresh people’s memories, because without their help, many of these cases would not be solved,” Collins said.

Police say Hawkins stands 6’1”, weighing 175 pounds, with brown hair and brown eyes, and has several tattoos including a red heart on his right arm.

He was last seen wearing a yellow sweater.

Collins says police believe that there is someone out there who can give information that may lead to finding his whereabouts.

“We’re reaching out to see if anyone knows something because normally they do,” Collins said. “We’d love to give a resolution to the family, so that’s why we’re offering a reward.”