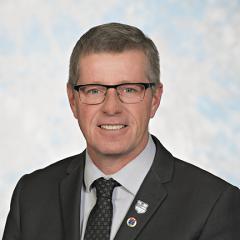 The Warden of Stormont, Dundas and Glengarry is facing child luring charges after an online undercover operation by the OPP.

On Tuesday, police charged Frank Prevost, who is also the Mayor of South Glengarry, with three counts of child luring, and one count of sexual assault.

Prevost was held for a video bail hearing at the Ontario Court of Justice in Cornwall.

In a statement, County Officials say they are not commenting at this time.

Stormont, Dundas and Glengarry and Township councils will be reviewing the matter shortly to determine appropriate next steps.

MyPrescottNow.com also reached out to North Dundas Mayor Tony Fraser, who declined to comment as the matter is before the courts.

Anyone with information on this investigation is encouraged to contact the OPP or Crime Stoppers at 1-800-222-TIPS.

Police are also encouraging parents to take a proactive approach to help protect their children from online sexual exploitation by speaking with their children regarding Internet safety.