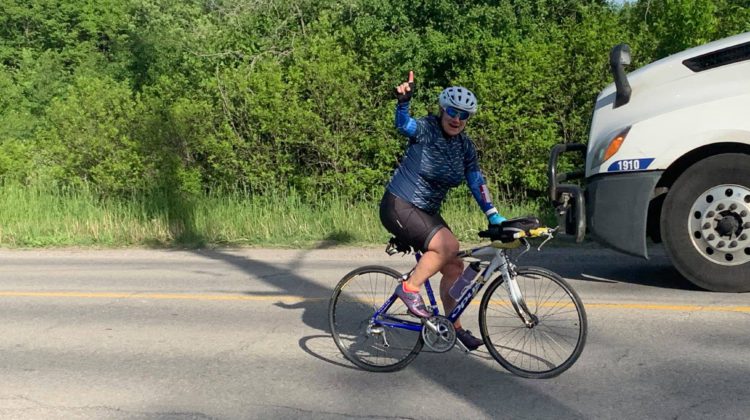 The Manager at the Leeds & Grenville Animal Centre is embarking on a bike ride to raise funds for the animals in the shelter.

Marianne Carlyle is hitting the road for a 12-hour, 245-kilometre cycling expedition that will see her ride between three Ontario SPCA Animal Centres in support of the Sweat for Pets virtual fundraising campaign.

Carlyle says every donation goes a long way to ensuring their animals get the care they need.

“We’ve got a fostering program that allows us to work with foster animals, and get care to those animals that need some behavioural modification or they have medical concerns that need to be addressed before they are adopted,” Carlyle said.

Sweat for Pets is a five week campaign that kicked off on May 25, and it inspires people to get active while raising money for vulnerable animals across the province.

Carlyle will leave from Lennox & Addington Animal Centre in Napanee, before arriving at the centre in Brockville, and from there she’ll bike to the Stormont, Dundas & Glengarry Animal Centre in Cornwall.

She says the campaign has already raised $3,100, and she’s shooting to raise $1,000 through the ride alone.

“I’m comfortable with a longer ride,” Carlyle said. “I’m not going to be racing it, but it will be an effort. I’m hoping to maintain about 22 kilometres an hour, depending on the tailwind and the weather.”

To learn more about Sweat for Pets, head to the Ontario SPCA’s website.