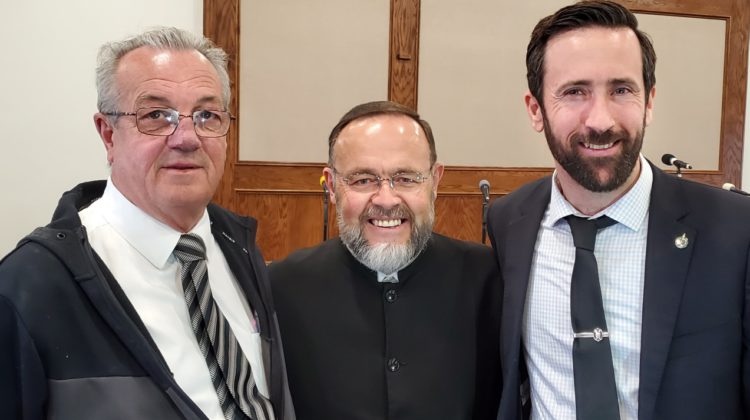 Two politicians have been charged after attending a church service in Aylmer, Ontario on the weekend. Independent MP Derek Sloan and Independent MPP Randy Hillier have both been charged under the Reopening Ontario Act for attending the service on Sunday at the Church of God Restoration while the province continues to be under a stay-at-home order.

The Aylmer church has a history of holding services both inside and outside despite provincial emergency orders limiting gatherings for religious services. In February of this year, the Ministry of the Attorney General issued a cease-and-desist letter ordering the church to stop holding services with more than 10 people in attendance.

Aylmer Police announced the charges on Twitter but didn’t give the names of those involved other than to say a 63-year-old from Perth, Ontario and a 36-year-old Stirling, Ontario man have been charged. Hillier is 63 and lives in Perth while Sloan is 36 and lives in Stirling. Both could face fines of up to $100,000 with a minimum fine of $10,000. Alymer Police Chief Zvonko Horvat says police won’t be releasing the names of those charged, “It’s not our practice to identify individuals that have been charged, even in criminal offences, so I’m not going to disclose that at this time.”

Hillier and Sloan then left the church and went to an anti-lockdown protest rally in Stratford that afternoon where police estimate between 600 to 700 supporters clogged an empty parking lot to hear them both speak.

Meanwhile, a 52-year-old woman from Perth County (near Stratford, Ontario) was also charged with obstructing police after turning herself in on Monday following a warrant being issued. A 20-year-old man from Perth County also faces obstruct police charges. Another 48-year-old man, also from Perth County, has been charged with assault for what police describe as “charging a reporter in an aggressive and assaultive manner.” Aylmer Police also charged another four people for their role in Sunday’s service and have charged the Church of God Restoration as a corporation under the Reopening Ontario Act.  That ticket carries a fine of $1,000.

Last month, Hillier was in attendance at a rally at the South Branch Bistro in Kemptville. That rally resulted in the temporary suspension of the restaurant’s liquor licence.