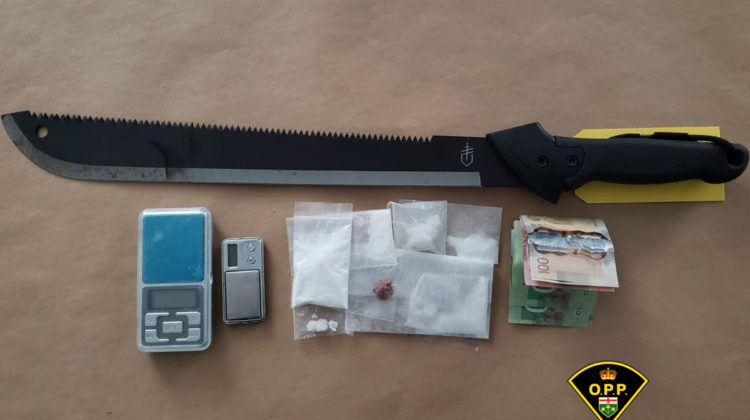 A Prescott man is facing drug trafficking charges following a drug seizure by the OPP.

On Tuesday, the OPP’s Community Street Crime Unit conducted a search warrant at a home on Wood Street East.

Following the search, police arrested a 31-year-old man and charged him with three counts of possession with the purpose of trafficking, multiple weapons charges, and failure to comply.

Police say the investigation is ongoing.