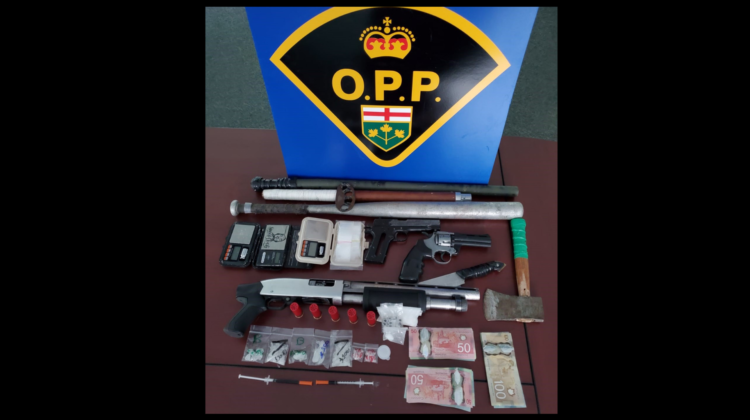 OPP have seized a weapon and drugs at a residence in Augusta Township. (Supplied by OPP)

The OPP say yesterday, as part of an ongoing investigation, members of the Street Crime Unit, assisted by members of the OPP Tactics and Rescue Unit , OPP Emergency Response Team and Grenville County Detachment executed a search warrant at a residence on Meadowview Drive. Officers arrested three people and seized a sawed-off shotgun, ammunition, suspected crystal methamphetamine, and other items associated with drug trafficking.

A 35-year old from Augusta Township has been charged with:

The accused is in custody and is scheduled to appear by video at Brockville court at a later date.

A 31-year-old of Perth is charged with:

A 29-year-old from Brockville has been charged with:

Police say both people were released at the scene but are scheduled to appear at Brockville court at a later date.