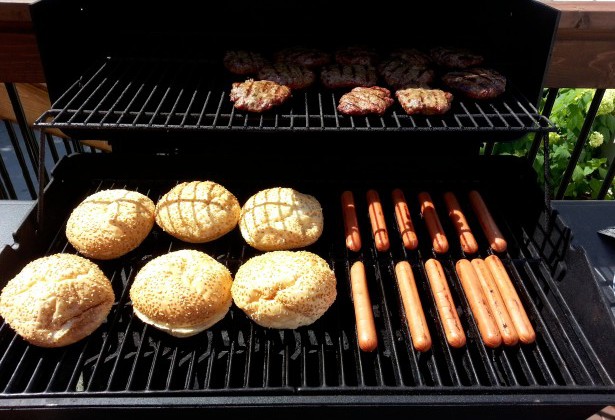 The annual Harry Pratt BBQ will look a little different this year, but the goal is still the same.

“Harry had always been a giver in the community,” explains Executive Assistant with the North Grenville Chamber of Commerce Terri-Lyn McEvoy. She says during his time with the Chamber before his passing, he pitched the idea to do a BBQ to benefit the Kemptville District Hospital Foundation.

Last year $2,300 was donated thanks to the community.

For the 5th annual BBQ, Fat Les’s Chip Stand will once again be on-site to feed everyone. McEvoy explains that a drive-thru will be set-up so people can “donate, distance and drive-thru.” Once you pull up to the Rush Truck Centre, a Chamber board member will be waiting to take your donation and give you a meal ticket. That Chamber member will drop your ticket off once you choose if you want a hotdog or a hamburger. After you park, your food will be dropped off.

McEvoy says all Public Healths set guidelines will be followed.

For businesses wanting to make a large order, she says pre-order forms are going out this week.

McEvoy says through the years she’s loved being able to see everyone, catch up and talk about the legacy of giving left behind by Harry Pratt. “You’re getting something yummy, you’re supporting Fat Les and he’s supporting the community,” she says of the BBQ.

The 5th annual Harry Pratt BBQ will be June 25th from 11:30 AM until 2 PM at the Rush Truck Centre in Kemptville.