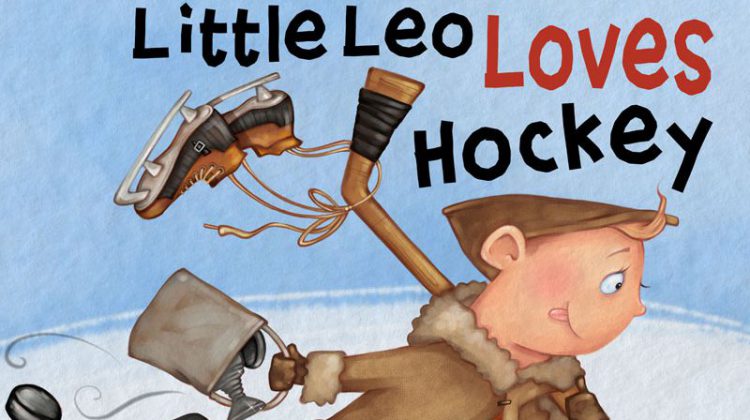 Two Prescott natives have teamed up to help the community. Hockey Hall of Famer Leo Boivin and Bonnie Lemaire collaborated to create a children’s book.

Little Leo Loves Hockey, written and illustrated by Lemaire, will bring in dollars for the new arena.

Lemaire came up with the idea after being approached by The Row about fundraising ideas. She noted the book launch will coincide with the Leo Boivin Showcase at the end of March. Lemaire and Boivin will be on site signing copies during the weekend.

Little Leo Loves Hockey is the product of a conversation between the pair. Lemaire says it was a lot of fun talking to Boivin. She picked a few of the humorous stories from his childhood, compiled some thoughts, started rhyming and the book came together.

She explained the story takes place in the ‘40s when Boivin grew up along the St. Lawrence River. Lemaire noted it’s about him being anxious to get out there on the pond to play hockey, but a snowstorm the night before puts a damper on the fun. She says Boivin and his friends spend the day cleaning up the rink and getting it ready, but more obstacles arise.

Two people dead from COVID-19 in Leeds, Grenville and Lanark