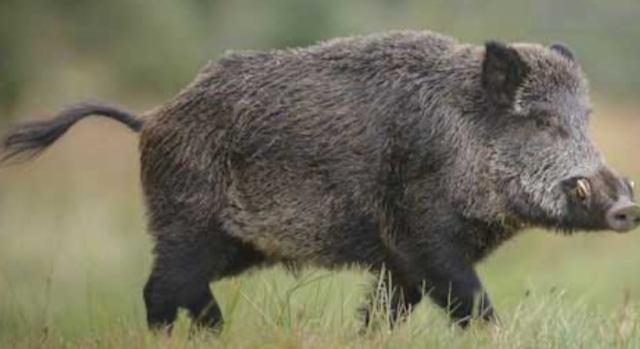 Pictured, a wild pig. (Supplied by the Ministry of Natural Resources and Forestry)

The Ontario government is taking steps to curb invasive species in Ontario.

The Ministry of Natural Resources and Forestry has asked for feedback on the impact of 13 different species they say is causing harm to biodiversity and recreational activity.

Targeted species include crayfish like Red Swamp or Marbled Crayfish, plants like the European Frog-bit, the Yellow Floating Heart, the Fanwort and the Bohemian, Giant and Himalayan Knotweed. They also include Prussian Carp, Mountain Pine Beetle and the New Zealand Mud Snail as well as wild pigs.

The province says they are also working with partners in other areas to tackle the spread of invasive species. Minister of Natural Resources and Forestry John Yakabuski says it is important to prevent new invasive species from arriving and surviving in the province. He says it will also help preserve and enhance the economy that relies on an ecosystem free of invasive species.

A link to the Government’s feedback page can be found here. The ministry says it will keep consultation open until March 30th. The ministry say Ontario is the only jurisdiction in Canada that has a standalone invasive species legislation. The Invasive Species Act was passed in 2015 and currently lists 20 species. In 2019, Ontario invested over $2 million in ongoing research, monitoring and management of invasive species.