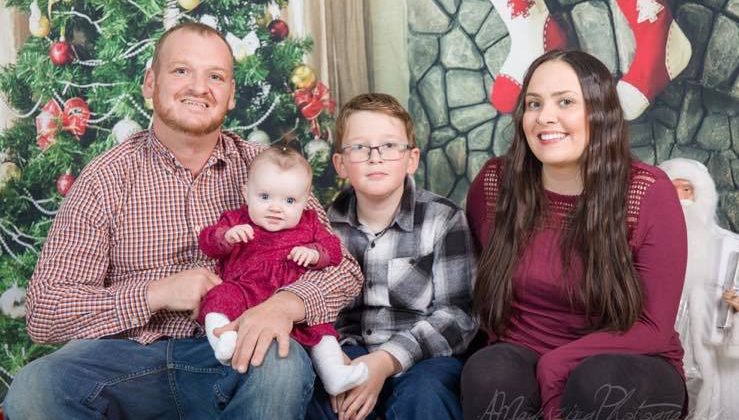 2019 was full of ups and downs for Caitlin Jones. The 28-year-old welcomed her first child – a daughter named Eva – and was diagnosed with stage four breast cancer.

Jones explained that she noticed a lump in her breast when she was 7-months pregnant. After Eva was born on August 1, the lump continued to grow. An ultrasound showed abnormal calcification and Jones was sent for a biopsy in November. She got the news on December 11. The cancer has also spread to her hips and spine.

Jones says the past month has been a roller coaster of emotions. She noted some days she’s strong and other days it builds up and the tears fall. Jones explained that she has an amazing support system of family and friends, which makes a big difference.

She is currently undergoing radiation and taking a pill form of chemotherapy. Jones explained it’s a hormone based cancer, which means she has a fighting chance thanks to monthly injections of hormone blockers. The injections also mean she won’t be able to have any more children.

She had an MRI last week, which showed no further spread of the cancer. Jones noted the doctors are hopeful she’s on her way to remission.

Jones, originally from Athens, moved to Oxford Mills two years ago. A GoFundMe campaign was launched to help the family. To donate, click here.