OPP out in full force looking for impaired drivers 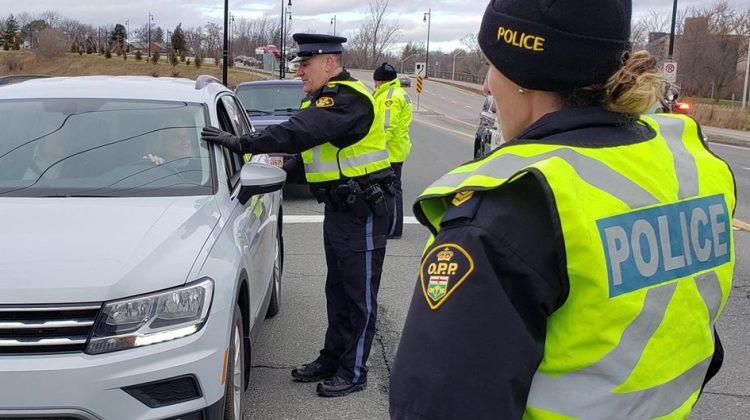 The Festive RIDE program is underway across the province.

Constable Annie Collins says officers will be out in full force in Grenville County looking for impaired drivers. She noted the Festive RIDE wraps up on January 3, but RIDE programs are conducted all year long.

Collins says if you plan to drink, plan not to drive. She explained 51 people in eastern Ontario were charged with impaired driving in the past week. Another 27 were issued warnings.

Collins says alcohol isn’t the only cause of impaired driving. Officers are trained to do roadside testing for marijuana use, she noted.

Collins says there’s always an increase in impaired driving charges during the holidays because people are out celebrating with family and friends. She explained a new law, which came into effect last December, makes it easier for officers to keep impaired drivers off the road. The new mandatory alcohol screening law allows police to demand a roadside breath sample from any lawfully stopped driver.

The OPP relies on citizens to report suspected impaired drivers, according to Collins. She noted if you see someone driving erratically, call 9-1-1.

Since Festive RIDE began roughly 10 years ago, the OPP has taken around 6,500 suspected impaired drivers off the roads.