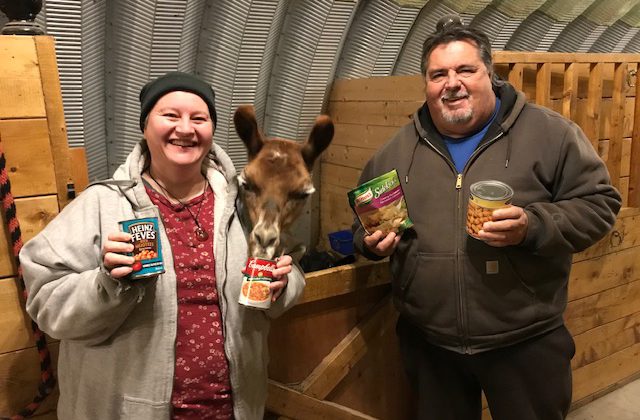 Big Sky Ranch Animal Sanctuary wants to pay it forward. The rescue is asking visitors to bring non-perishable food items for the House of Lazarus and Salvation Army. The food drive wraps up on December 20.

Founder Andy Parent says Big Sky started out as a place to help animals, but over the years, the rescue has also helped a lot of people. He noted the community is fantastic and always pulls through when Big Sky asks for help. Parent explained the food drive is just a way to give back.

He says Big Sky sends out Christmas cards to its donors annually and usually sends out around 300. This year, over 1,200 cards are being mailed out. Parent noted the unprecedented support over the past year has made a huge difference.

He explained an old tool shed on the property has been renovated to house eight goats and four emus thanks to donors. Parent says the dollars also helped cover the cost of 240 rolls and 1,800 bales of hay, up from 120 rolls and 1,600 bales last year. A total of 127 animals currently call Big Sky Ranch home.

The rescue is located at 810 Pelton Road.

Hydro One extends ban on cutting power to residential customers