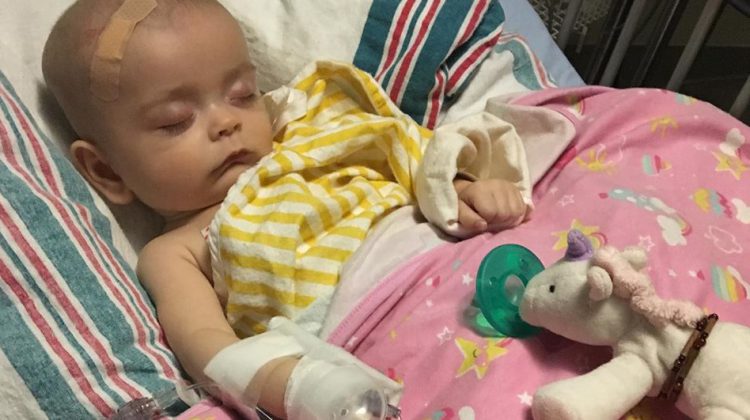 Tessa Hodgson is fighting for her life. The three-month-old was diagnosed with ATRT (Atypical Teratoid Rhabdoid Tumour), which is a rare and aggressive cancerous tumour of the brain and spinal cord.

Rachel Pascas, Tessa’s mother, says she started spitting up on November 2 and wouldn’t stop. Tessa was taken to the Winchester District Memorial Hospital and then CHEO to find out what was going on.

Pascas explained Tessa was sent for a head CT after a doctor noticed her head was bulgy, which showed the tumour. She underwent a 12-hour surgery on November 6 and doctors were able to remove 90% of the tumour. Tessa starts chemotherapy tomorrow.

Pascas says she’ll be going through three rounds of chemo in Ottawa, followed by three more rounds at Sick Kids in Toronto.

A GoFundMe campaign was launched in support of the Kemptville family. Pascas is on maternity leave, and her partner Rob Hodgson is off work to help care for the couple’s other young daughter.

Pascas says she can’t put into words how thankful they are for the outpouring of support. She noted it’s a long road ahead, but the family is staying positive. Pascas explained Tessa has an incredible team of doctors and nurses on her side.