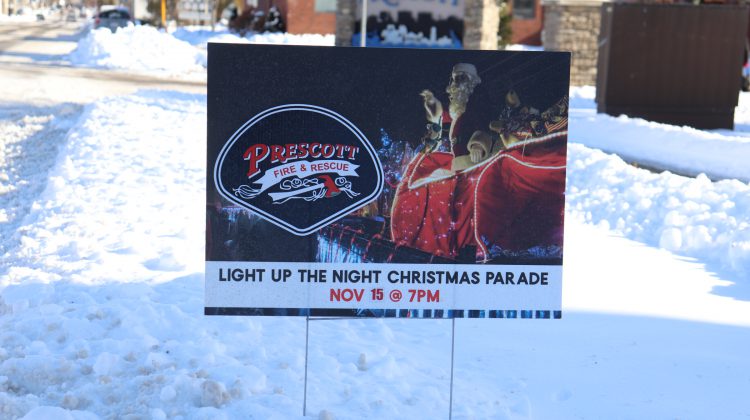 The Light Up The Night Santa Claus Parade is set for Friday. (Courtney Crowder, myprescottnow.com staff)

The Town of Prescott is welcoming a festive visitor. The annual Light Up The Night Santa Claus Parade is set for Friday. The event kicks off at 7:00pm, starting at South Grenville District High School and heading down Edward Street to King Street.

Co-Chair Chris Veltkamp says the parade is a joint effort between the Prescott Fire Department and Town. He noted the event attracts around 10,000 people annually.

Veltkamp says Santa Claus will definitely be in attendance and there will be lots of candy and music for everyone to enjoy. He noted around 100 floats will be taking part, with an emphasis on lights.

Veltkamp explained people start lining up for the parade around 5:30pm. He says there’s pre-parade festivities, including a spaghetti supper at the Royal Canadian Legion and hot dogs being served up by the Lions Club.

Floats do not have to register and anyone who wants to participate can just show up at the high school around 6:00pm.