The Row throwing NYE bash in support of new arena 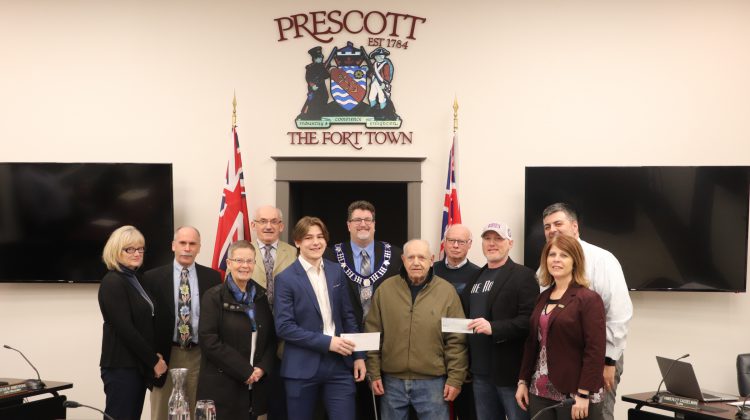 A local group plans on celebrating community spirit while ringing in 2020.

The Row is hosting its second New Year’s Eve Party in support of the Leo Boivin Community Centre. Last year’s event brought in $12,000 for the new arena.

Member Justin Kirkby says the goal is to sell-out again this year. Tickets are now available, for $40 a piece, at Prescott Family Dollar, Prescott Family Chiropractic and through The Row Facebook page.

The NYE Party is being held at the Prescott Golf Club, starting at 8:00pm. The event will feature a poutine bar, DJ, silent auction and door prizes.

Kirkby says two special items will be up for grabs, including a painting by local artist Christine Tremblay that will represent three of South Grenville’s most successful hockey players.

Kirkby says The Row dates back to the ‘80s and at one time it was called Whiskey Row because it was the one section of stands that didn’t have any heat, so drinks would be passed around to keep warm. He noted it’s a loose group of misfits committed to doing good things in the community.

The Row is a big supporter of the Leo Boivin Showcase. Kirkby says the group shows up for the first game and sticks around until the tournament ends, cheering on the minor hockey players. He noted members call it their second Christmas.