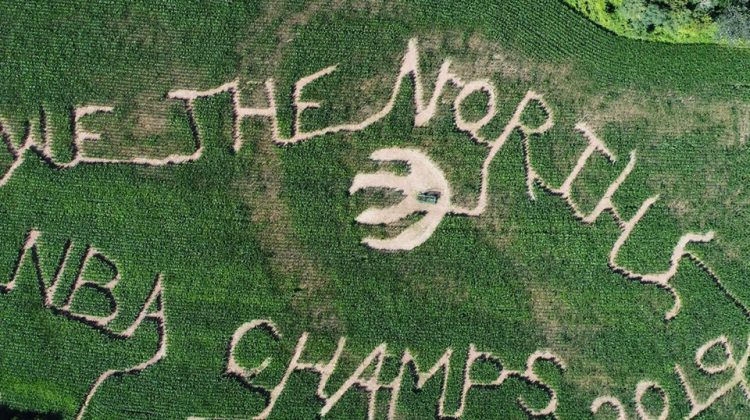 Jumpstart is getting a boost from Mountain Orchards. The local business created a ‘We The North’ corn maze this year and collected donations for the charity.

Owner Phil Lyall says it’s a great cause that supports kids by putting them in a position to play sports. He noted being active is important in early development.

Lyall says it was a great season and some days he was overwhelmed by the number of people who visited the orchard. He noted he really appreciates the fact that so many people make Mountain Orchards part of their family tradition each year.

Lyall explained the plan is to keep going with the maze and select a new charity annually. Mountain Orchards is now closed for the season. Leftover apples are being donated to the House of Lazarus Food Bank. For more information about Jumpstart, click here.