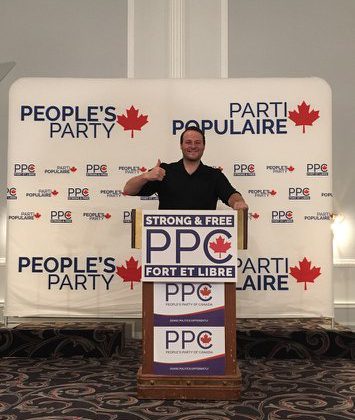 Evan Hindle is running for MP in Leeds-Grenville-Thousand Islands and Rideau Lakes. The federal election is set for October 21.

Hindle, the People’s Party candidate, says internet access for rural residents is a major issue. He noted internet service is slow and overpriced across the riding. Hindle says the solution is loaning communities the funds to build their own fibre networks.

He explained he’s new to politics. Hindle says he thinks he has the qualities of a good leader. He noted he’s passionate, straightforward and plans to do politics differently. Hindle says he’s going to be a breath of fresh air.

He explained the People’s Party is pushing for less government and more personal freedoms for Canadians. Hindle noted the government will never be able to do things as well as people can themselves. He says the goal is to reduce regulations and government committees.