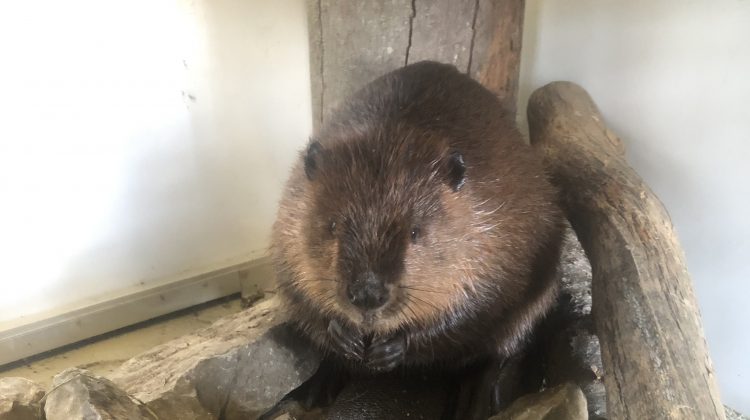 He came from humble beginnings. Justin Beaver was rescued from a life spent in a bathtub. He was taken to Parc Safari in Quebec, which specializes in exotic animals. The Aquatarium was contacted and jumped at the chance of taking Justin in.

Sarah Laturnus, Manager of Public Relations, says the Aquatarium is thrilled to be his forever home.

A grand reveal of Brockville’s own rock star is happening tomorrow. The ceremony starts at 12:30 in the Lighthouse Theatre. Festivities in honour of Justin continue throughout the weekend.

Laturnus says the education department is doing a pop-up stand where the general public can learn about beavers and their impact on the Thousand Islands region and beyond. She noted there Moose McGuire’s, next door to the Aquatarium, will be serving up ‘Justin Tail’ samples.

Laturnus explained Justin is around two-years-old. She says his favourite treat is wood, with a preference for maple.