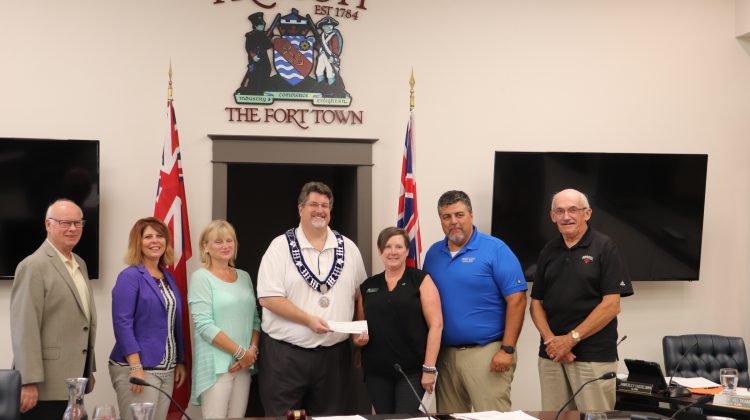 As another donation comes in for the arena, the Town of Prescott says they’re getting ready to apply for funding.

On Monday night, Karen Burman-Martin from TD Bank presented a $1,000 cheque to town council for the arena.

Mayor Brett Todd says the town is all hands on deck finalizing the infrastructure application. He says the funding opens up with the province and the feds on September third and they’re going to be ready to apply after it opens.

Todd says there’s good work going on right now with private fundraising happening. He adds there’s nothing to share right now but they’re getting close to some announcements in the coming weeks.

“We’re just doing as much hard work behind the scenes now to make sure we have the strongest possible application in terms of the municipal funding, our partners here in particular with Augusta and Edwardsburgh-Cardinal and also our private donors.”

Fundraising efforts have brought in over $30,000 for the new arena so far.