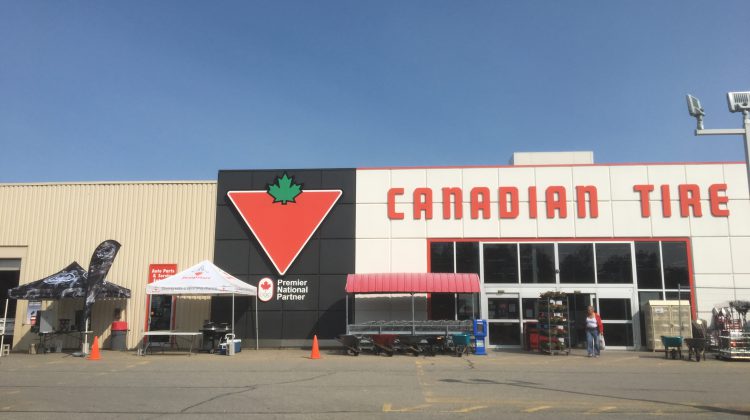 Canadian Tire Prescott is helping local kids get active thanks to their recent Jumpstart fundraisers.

June was Jumpstart month and store Owner Brian Dikdan says this year’s events have brought in more money than past years. It all kicked off with the Jumpstart Games that had kids from St. Mark and Wellington schools getting active. The first fundraiser in June was the barbecue and car wash that brought in about $700. The following weekend the store held a bake sale that brought in over $500. The in-store donations including the sales of the Jumpstart shoelaces raised over $5,000.

Dikdan says it was quite the outpouring support from the community to raise money for kids in Brockville and Prescott. The money will be used to help kids get into sports.

Dikdan says a golf tournament was held on July third that also raised money for Jumpstart and Making Play Possible. He says they are still finalizing the totals but they are somewhere around the $42,000 mark. This means roughly $20,000 will be going to the two organizations each.

Dikdan says the funds will be available for anyone to take advantage of and anyone looking to use the funds can talk to Dikdan at the Prescott store or apply through Jumpstart online here.