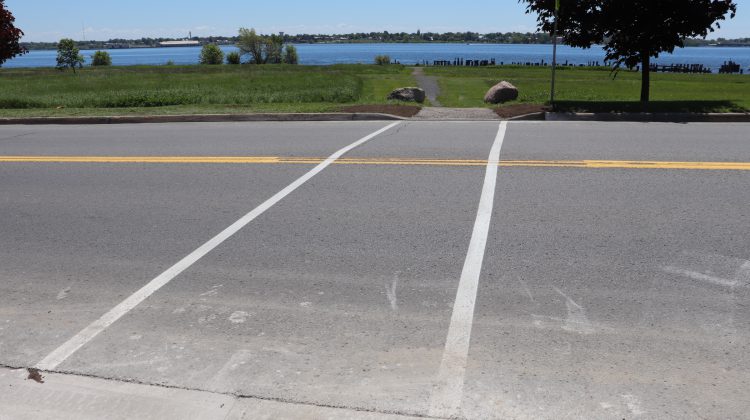 The Town of Prescott is planning on painting the crosswalk on Russel Street and King Street in rainbow colours. (Courtney Crowder, MyPrescottNow.com)

The Town of Prescott will be making some colourful changes to the town.

The Town is planning on painting the crosswalk at Russel Street leading to the Heritage River Trail with rainbow colours. Director of Operations Dan Beattie said last week they were just waiting on the colour purple to arrive in order to begin painting and it will also depend on the weather.

Mayor Brett Todd also suggested having a pride flag raising ceremony at Town Hall to celebrate Pride Month. He says raising the pride flag is something he’s wanted to do for a long time and it’s something he wished he had advocated for a number of years ago.

“We had a resident approach us about painting crosswalks downtown with the rainbow pride logo, I thought it was a great idea. We unanimously supported it at Council and if we’re going to do this I’d like to mark it a little more and show our support.”

The rainbow coloured flag is a symbol for the LGBTQ+ community.

No specific dates have been giving for the painting of the crosswalk or the flag raising ceremony.