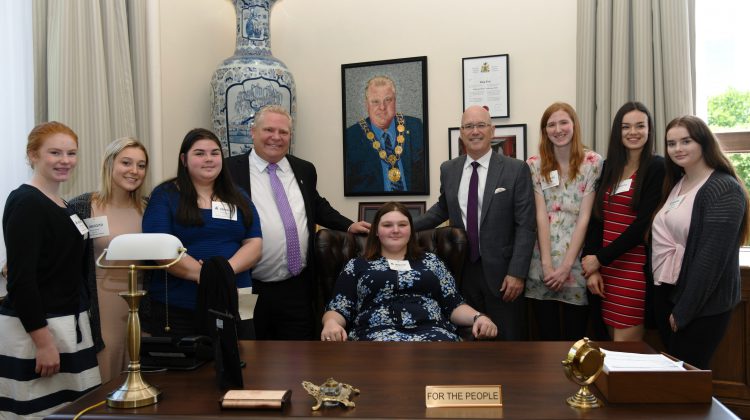 The participants had one-on-one meetings with Premier Doug Ford and Speaker of the Legislative Assembly Ted Arnott. They also had the opportunity to hear inspirational messages from female MPPs and cabinet ministers.

Clark says he’s a strong proponent of the program because it gives young women the chance to hear directly from female leaders, who make a real difference in the province.

The group chose education and gender equality to be the focus of their advocacy meetings with elected officials.