Water levels could still rise for at least another week 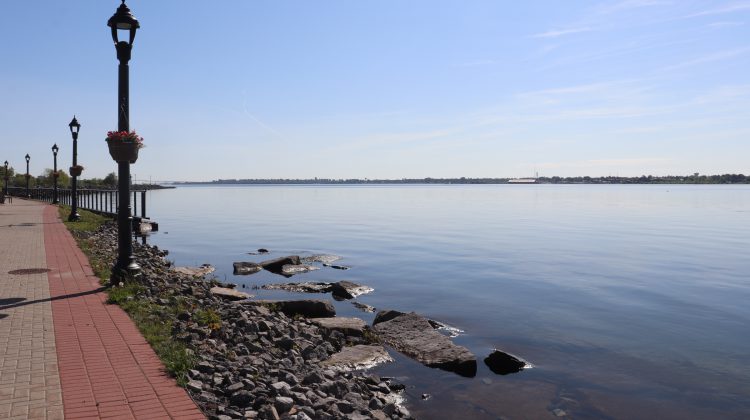 Update: Prescott CAO/Treasurer Matthew Armstrong says overall the Town has a natural slope towards the river. That means that as the water rises, the slope helps to keep the water back from flooding a wider area.

This year, the higher water levels have washed away more sand than normal at the beach. Armstrong says each summer more sand is added from a donation from the town vendor for civil works. Prescott will require a considerable amount of sand and will understand how much more is needed once the water recedes, according to Armstrong.

Water levels in the local area have reached 2017 levels and may still rise.

Water Resources Analyst at South Nation Conservation Omar Kana’n says Lake Ontario peaked at the 2017 level last week with 75.88 metres. Kana’n says according to the Lake Ontario – St. Lawrence River board the level is going to slowly rise for at least another week.

“I know the outflow that the Moses-Saunders Dam has increased since the Ottawa River levels have declined. So they are allowing more water to go through.”

Kana’n says the gauge that the South Nation Conservation monitor is Brockville. As of yesterday morning, water was at 75.5 metres. Kana’n adds the levels could vary within a day based on wind/waves and how much water is going through Moses-Saunders Dam.