Splash pad construction behind, but still on target for 2020 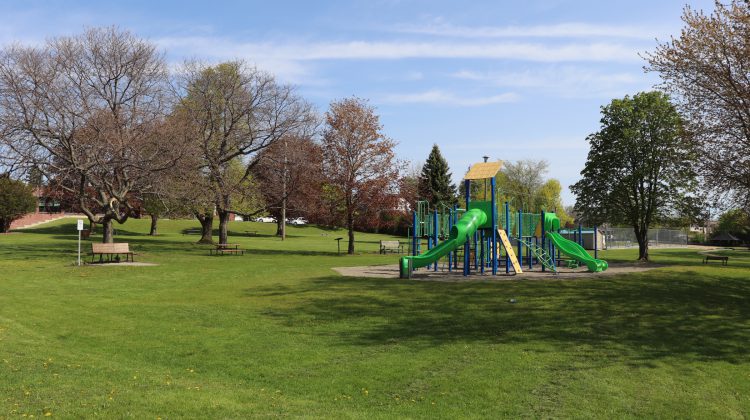 Centennial Park is the location for the new splash pad in Prescott.(Courtney Crowder, MyPrescottNow.com staff)

With a theme in mind, Prescott is now looking at the construction timeline for the new splash pad.

At last night’s Committee of the Whole meeting, the nature theme was suggested as the favourite for the project. The Splash Pad Community Group had nature as their first choice because it is more broad based compared to a flower or ocean theme and can include a wide range of apparatuses. It was a unanimous vote to plan with the nature theme moving forward.

Mayor Brett Todd asked for an update on construction. Director of Operations Dan Beattie says the town is very far behind. Mayor Todd said he was surprised to hear this but the Trillium Grant the town received for $150,000 will not be at risk. The money from the grant will be used to purchase the apparatuses, according to Mayor Todd.

The water supply for the splash pad will be coming from the middle of the parking lot, behind Walker House, according to Mayor Todd. Councillor Lee McConnell brought up looking at parking again in the Centennial Park area.

Council discussed having Town staff look into the costs of resurfacing more of the parking lot as they said it was in terrible shape. The Council would like to see costing brought back for the roadway going north and south, from King Street down, and also the parking lot itself. Mayor Todd says he thinks it will be a little too expensive to do the entire area but they will get a number on it for when they go to excavate and put services in for the splash pad.