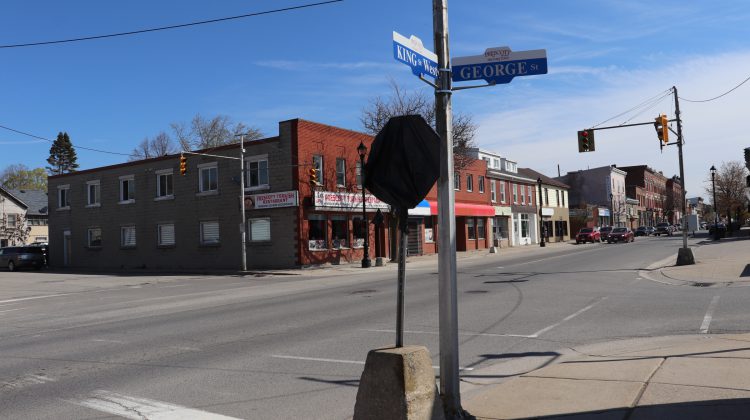 Update: Prescott CAO/Treasurer Matthew Armstrong says the lights at the intersections will be turned into pedestrian activated crossings similar to what is on Edward and Park Street. On  Tuesday, the traffic light heads at King and George Street, and King and Centre Street will be covered and a temporary four way stop will be in place. The stop signs on George Street (north and south), and Centre Street (north and south) of King Street will remain permanently, according to Armstrong.

The Town of Prescott is getting ready to make some changes to a couple intersections in town.

In a Facebook post, the town says they will be changing the old infrastructure on George Street and Centre Street and will be replacing them with traffic controlled intersections. The intersections will be turned into temporary four-way stops while the change is being made.

The town asks that people proceed with caution as they move through this process and signage will be up. No specific date has been given yet when the replacements will be made.