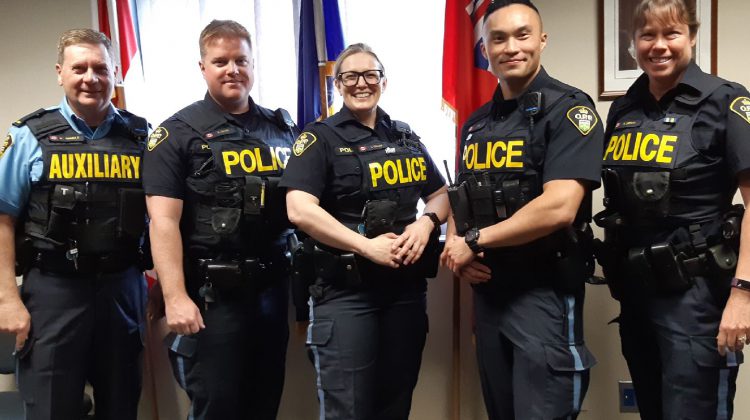 Grenville County OPP is hosting an open house on Thursday. (Supplied by the OPP)

The OPP detachment in Kemptville is opening its doors to the public on Thursday. Grenville County OPP is hosting an open house from 10:00am to 2:00pm. Everyone is welcome. People can take a tour of the detachment and check out police vehicles.

Community Safety Officer Annie Collins says the purpose of the event is to highlight the role of police officers. The open house is being held in conjunction with Police Week (May 12 to18) and Canada Road Safety Week (May 14-20).

Collins says the OPP has reported 58 deaths on roads in Ontario so far this year. She says speed, alcohol, drugs, inattentive driving and seat belts were factors in nearly half of those deaths.

If you can’t make it out to the open house, Collins will be the guest speaker at a free community night event hosted by the Ontario Parenting Connection. The information session is being held Thursday at Grenville Mutual, starting at 7:00pm. Collins says she’ll be talking about the issues she covers in schools, including sharing intimate images, vaping and drug use.

Officers will also be hitting the streets this week to promote the Lock It or Lose It campaign. Collins says the OPP gets calls regularly about vehicles being broken into that were left unlocked.