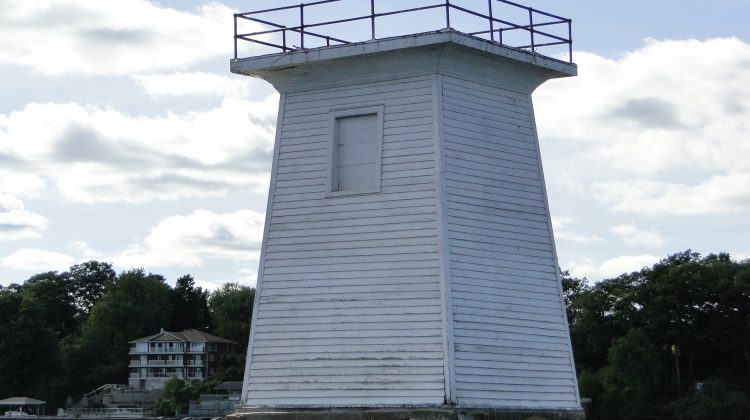 The fundraising campaign to rebuild the Five Mile Lighthouse got a boost from the Burnbrae Farms Foundation. The business, based in Lyn, is matching donations up to $30,000.

The historic Five Mile Lighthouse, located on the St. Lawrence, burned down last July after being struck by lightning. The campaign aims to raise $200,000.

Burnbrae Foundation Director Sue Hudson says her grandfather bought a cottage on the river with a view of the lighthouse. She says her family has been cottaging there since the 1930’s. Hudson says the lighthouse was a destination and it was especially fun to go inside because her aunt Jean Hudson signed her name on the second floor back in the early ‘40s.

She says the Grant Hudson and Joe Hudson families grew up on the river. Hudson says the lighthouse was a big part of their lives. She says one strike of lightning and 20 minutes later it was gone.

Tax receipts are available for donations of $20 or more. For more information about the project or to donate, click here.