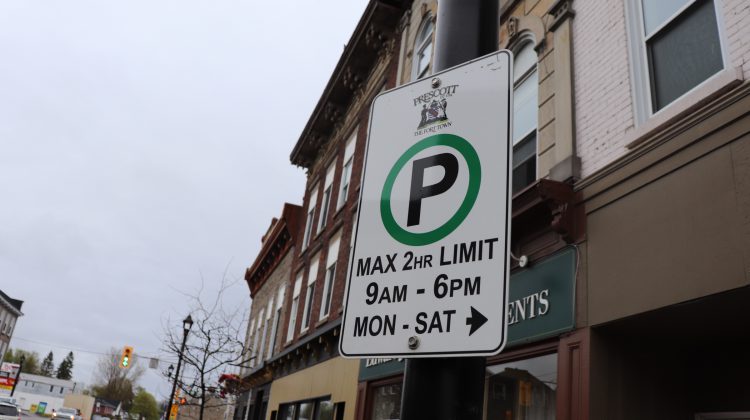 The Town of Prescott is looking for the public’s input about parking in the town.

Manager of Building & By-Law Services Shawn Merriman says there is an appearance of lack of parking in the town based on feedback they have gotten recently. He says while some parking problems are true, the town is looking at what is already available for parking.

Merriman says there are already approximately 230 spaces in municipal parking lots in the downtown area and even more with street parking. He adds part of the problem is the two hour limit on King Street. He wants to know if people would like that time increase or decrease.

Another issue is where boaters can park their vehicle and trailer when they begin their vacation, Merriman says. He adds they are hoping to find a few locations in town where people can safely leave their vehicle and trailer for a few hours or even a day or two. Merriman says he has talked to Operations about using a little bit of the Leo Boivin Community Centre and also has some ideas for possible private public partnerships for the boater’s issue, but is still looking other suggestions.

Merriman says his goal is to find solutions for people who need solutions with parking available within 150 metres of where they are.

Merriman says nothing is set as they are keeping all options open, including looking into permit parking if that is what people would like.

There will be a public survey up on the Town’s website by Tuesday at the latest, according to Merriman. He also says they will be mailing out the survey to all the people who may be affected based on where there have been issues.

People can reach Merriman to discuss parking through email at smerriman@prescott.ca or by calling 613-925-2812 extension 6206.