Prescott planning on putting water access ramp back in town 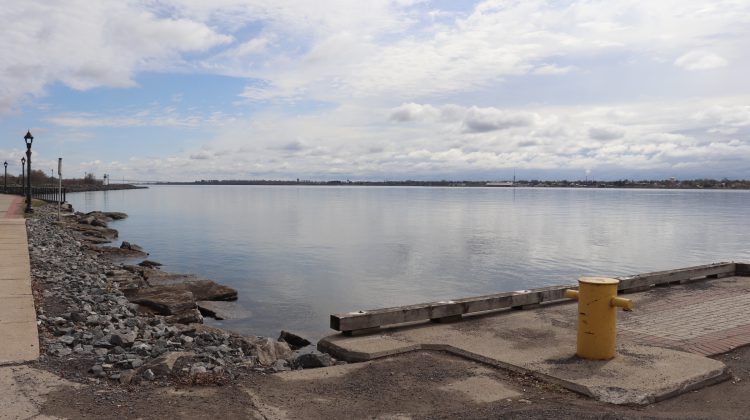 The location the town has suggested for a new water access ramp is right beside RiverWalk Park. Photo: Courtney Crowder

Scuba divers and swimmers may soon be able to enjoy a water access ramp once again in Prescott.

Prescott’s Committee of the Whole has motioned for town staff to move forward with a water access ramp.

CAO/Treasurer Matthew Armstrong says town staff met with ramp advocate Helen Cooper to look at possible locations and designs. The location presented was beside RiverWalk Park. Armstrong says the ramp will run perpendicular to the rocks, parallel to the side of the concrete wall that runs along the port of Prescott and lead right into the river.

Armstrong says it will cost approximately $9,500 for fabrication and installation of the ramp and development charges could be used as it is an expansion of recreational services in the park.

Councillor Gauri Shankar wanted to make sure it wasn’t just labeled a scuba divers ramp. Cooper says the ramp will be for everyone to use not just divers and is supporting it being called a water access ramp.

Mayor Brett Todd says he’s in favour of this ramp going back in but is concerned about parking. He says there has to be prominent signage and also suggested using parking behind the Forwarder’s Museum.

Cooper says she’s super excited for all the divers that are going to be able to come back to use the underwater park in Prescott.

All voted in favour of the ramp being put back in and Armstrong says they are looking at installing it in June.