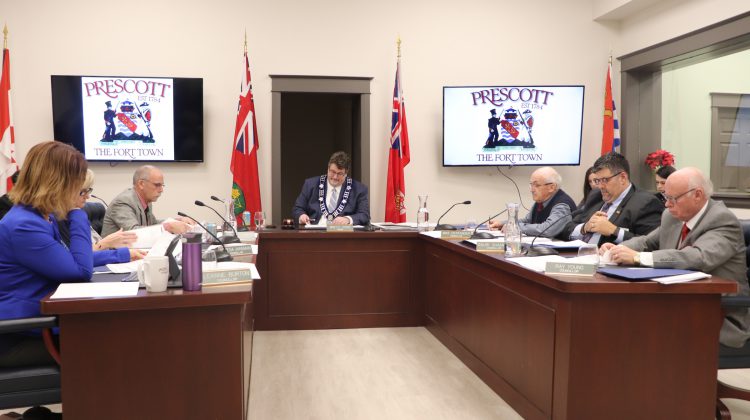 The Town of Prescott has been reviewing the 2019 Capital and Operational Projects. Replacing a plow truck is on the table.

CAO Matthew Armstrong presented this year’s proposed projects to the Committee of the Whole this week. The plow truck is the biggest ticket item, at a cost of $300,000.

Other capital projects discussed include phase two and three of the second floor of Town Hall, splash pad, side by side utility vehicle and bunker gear.

Swing set and play structure analysis and replacement at Town parks is also being proposed. The total estimated cost for capital projects is $980,000.

In terms of the operational projects, Armstrong says the marina boards are causing safety concerns.

“Currently there are many of them rotting, splitting and not supporting the pedestals as they should. The pedestals have electricity and water running through them so it’s important for them to be in a stable structure.”

The total estimated cost for operational projects is $370,000 currently.

Mayor Brett Todd suggested painting the crosswalk at the other end of King street in pride colours as well.

These projects will be brought back to the Council meeting next week for adoption.