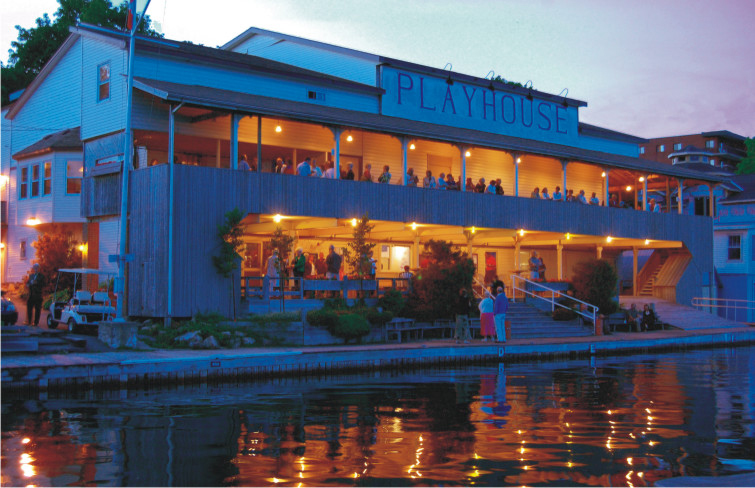 The Thousand Islands Playhouse has announced the participants of the fourth annual Playwrights’ Unit. This year was particularly competitive, as the Playhouse received more applications than ever before. Four outstanding playwrights have been invited to be part of this exclusive initiative, and this year they are all women.

The Playwrights’ Unit is a year-long residency program that nurtures the development of new plays about the region and for audiences in Eastern Ontario. These four playwrights will meet monthly throughout the year to help one another develop their individual projects. For all the details, head to 1000 Islands Playhouse

Briana Brown
Briana Brown is a playwright and theatre director based in Toronto. She is a graduate of UBC’s Creative Writing program (MFA), a past participant in the Stratford Festival’s Playwrights Retreat, and is currently the OAC Playwright-in-Residence with Driftwood Theatre in Toronto.

Jenna Harris
Jenna Harris is a graduate of the American Academy of Dramatic Arts Theatre Conservatory Program in New York City. She is an actor, playwright, devised theatre creator, arts educator  dancer, and the Founder and Artistic Producer of Discord and Din Theatre. She is currently in the Tarragon Theatre Playwrights Unit and was recently part of Studio 180 Theatre’s IN DEVELOPMENT program.

Julia Lederer
Julia is a playwright and performer. Most recently, her hit play With Love and a Major Organ was part of Strawdog Theatre’s 28th Season in Chicago. It was named “Outstanding New Play” by NOW Magazine and “Best of Fringe” (Toronto Fringe), and will be published by Scirocco this year. Her new play, The Best Plan for Living Happily, will premier at VideoFag in April, and Spooning will be produced in the 2016 InspiraTO Festival.

Paula Wing
Paula Wing is an actor, Dora-Award-winning playwright and translator whose work has been produced internationally. Recently, she played Joyce in Rob Kempson’sMockingbird at Next Stage Theatre Festival and Chloe’s Mom in Alyson Parovel’s hitAlways Unique at the Hamilton Fringe. She is currently at work on a play for Imago Theatre in Montréal (Fall 2016), The Little Elder Tree Mother, a musical adaptation of A Hans Christian Andersen tale in development at Soulpepper, and Carl, an original play.

With dramaturgical support from the Thousand Islands Playhouse artistic team, each will be developed into a full length play to be read at SNEAK PEEK WEEK, a free public playreading series that showcases the work of the Unit. Each night, one new play is performed as a staged reading, with an audience discussion to follow.