The A2A Moose Walk is finished 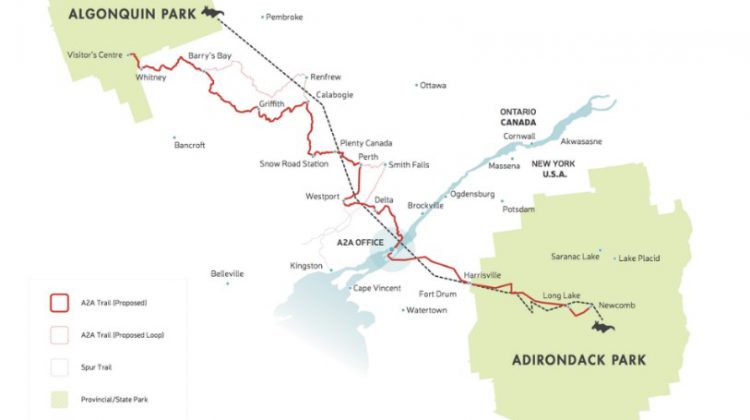 Two explorers have completed a nearly 600km journey that started on October 1st.

John Allport started in Algonquin Park while John Davis started in Adirondack Park as they were trying to replicate a journey walked by Alice the Moose between 2000 and 2002.

David Miller, Executive Director of the Algonquin to Adirondack Collaborative says the biggest challenge of the 15-day journey was some of the unexpected terrain.

The journey concluded with both explorers meeting at Wellesley Island just south of Lansdowne on Sunday.

Miller added he thought the the journey went well.